23 Sep Have You Seen A Sudden Change In Your Child’s ADHD Symptoms? The Problem Could Be Dehydration

While most children initially respond well on ADHD medications, over time, the benefits start to slow. Many children start experiencing difficulty focusing, increased headaches, trouble sleeping, loss of appetite, muscle aches and cramping. And boosting medications and supplements provides little relief – sometimes even makes symptoms worse. The problem might be a lack of proper hydration required to balance your entire system.

Here are three things every parent should know about ADHD and dehydration.

The medications used for treating ADHD are often stimulants and work by increasing dopamine and norepinephrine in select parts of the brain. These chemicals cause your body to release its fight-or-flight response and cause a dehydrated state. That’s why the side effects of ADHD medications often include headaches, increased heart rate, sweating, and shakiness. 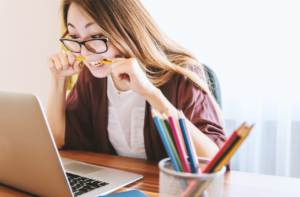 Children and teens with ADHD suffer from problems such as focusing on tasks. excessive activity or restlessness, poor planning, and low tolerance for frustration or stress.

2. Clinicians Do Not Routinely Monitor Dehydration

And unlike adults, children’s bodies can become dehydrated much faster than adults. According to experts, young children are at a much higher risk for health issues related to dehydration. Children have a higher body water content, metabolic rates and body surface area to mass index. These factors contribute to the increased turnover of fluids and solute. Children require proportionally higher volumes of water than adults to maintain their fluid equilibrium and are more likely to become dehydrated, especially if they are battling illnesses that rapidly deplete fluids.

Another reason why children are at higher risk of becoming dehydrated is that they have a much harder time understanding that they need water. Children are often engaged in “high activity” and are always on the move which causes them to lose electrolytes and water. That’s why its essential for YOU to monitor their water intake. Monitoring your child’s water intake daily can help them manage ADHD much more effectively.

When ADHD medications are taken with caffeinated or energy drinks, the effect increases, causing even more dehydration. Experts say that eliminating stimulants from your child’s diet can help prevent dehydration and lessen ADHD symptoms. According to a new study, energy drinks have increasingly become a source of caffeine overdoses. Consuming energy drinks and stimulants can cause dependence, dehydration, insomnia, heart palpitations and increased heart rate in both children and adults. For children with ADHD, these symptoms can be even more extreme, and lead seizures, mania and even stroke. It’s critical to talk to your children about the risk of consuming energy drinks, especially teenagers who most likely consume caffeinated beverages, consider sitting down and making a list of healthy choices instead.

And if your child is drinking too many energy drinks, it’s also likely that he or she is consuming unhealthy amounts of sugar. According to a report on energy drinks from the National Center for Complementary and Integrative Health, an energy drink (16 oz) can contain up to 60 grams of added sugar. Children and teens who routinely take energy drinks are at risk of developing obesity, diabetes and other diseases. 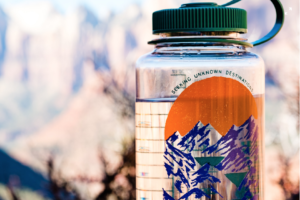 Fresh, clean water enhanced with the proper electrolytes is the most optimal way to improve your hydration.

What Should Your Children Be Drinking Instead?

Many sports and electrolyte drinks meant for rehydration contain added sugar or corn syrup, making them unhealthy. But what if there was something that could help provide your child with the proper balance of electrolytes and limit their sugar intake?

Well, there is. Hydrus is a great tasting sugar- free daily hydration drink that can help balance your child’s electrolytes and water levels throughout the day. Unlike other sports drinks, Hydrus is formulated with Nanosomes or small lipid-like molecules similar to the cells in our body that deliver more electrolytes and water to the body than other sports drinks. Hydrus contains no sugar, no calories, and no carbohydrates. Hydrus is also gluten, dairy and soy-free.

With nearly 70% of our body composed of water, taking charge of your child’s hydration is as essential as anything else you can do for their optimal health. Create a written plan to drink enough fluids throughout the day. You can start by implementing hydration breaks and offering Hydrus mixed with 16.9 ounces of water twice a day. Get the Hydrus Edge & Feel the Hydrus Difference!.

Hydrus is formulated to deliver the electrolytes your body needs more effectively than drinking water alone.

Unlike other products, Hydrus was scientifically tested on severely dehydrated children. Leading global hydration researchers tested Hydrus’s science in two studies, which showed approximately 50% greater water and electrolyte absorption than the World Health Organization’s “gold” standard oral rehydration formulation. Hydrus’ single-serve liquid concentrate pouches are an excellent way to control your child’s sugar intake while providing a healthy drink option without all the sugar. Just mix 16.9 ounces of water with a Hydrus single-serving packet, and you’ve got a great tasting drink your kids will love.